A United States flag is provided, at no cost, to drape the casket or accompany the urn of a deceased veteran who served honorably in the U. S. Armed Forces.  It is furnished to honor the memory of a veteran's military service to his or her country. VA will furnish a burial flag for memorialization for:

Who Is Eligible to Receive the Burial Flag?

Generally, the flag is given to the next-of-kin, as a keepsake, after its use during the funeral service. When there is no next-of-kin, VA will furnish the flag to a friend making request for it. For those VA national cemeteries with an Avenue of Flags, families of veterans buried in these national cemeteries may donate the burial flags of their loved ones to be flown on patriotic holidays.

How Can You Apply?

You may apply for the flag by completing VA Form 27-2008, Application for United States Flag for Burial Purposes. You may get a flag at any VA regional office or U.S. Post Office.  We do obtain a flag for the next-of-kin upon receiving appropriate documentation (DD214 or equivalent).

Can a Burial Flag Be Replaced?

The law allows us to issue one flag for a veteran's funeral. We cannot replace it if it is lost, destroyed, or stolen. However, some veterans' organizations or other community groups may be able to help you get another flag.

How Should the Burial Flag Be Displayed?

The proper way to display the flag depends upon whether the casket is open or closed. VA Form 27-2008 provides the correct method for displaying and folding the flag. The burial flag is not suitable for outside display because of its size and fabric. It is made of cotton and can easily be damaged by weather. 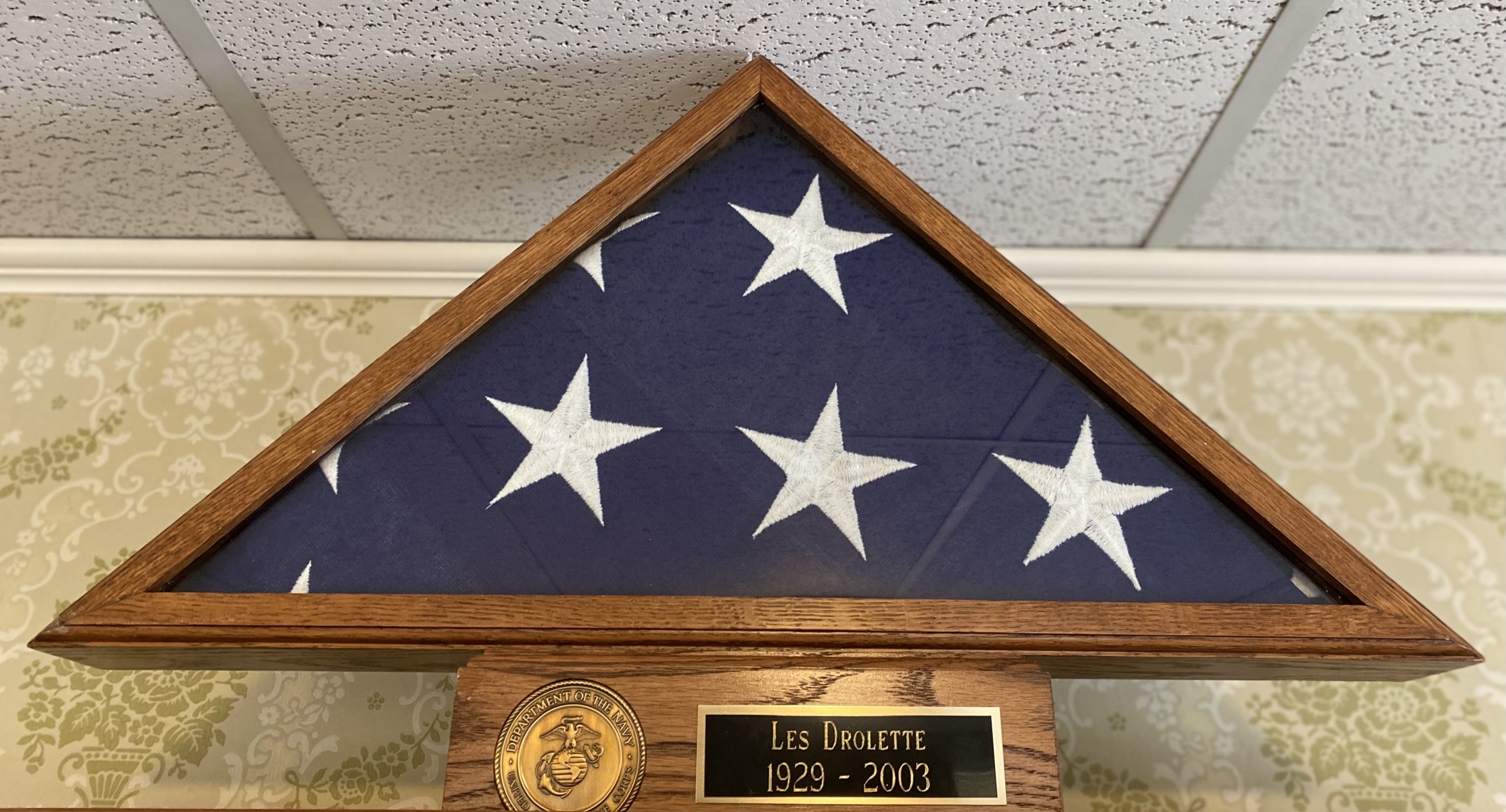 About Us
Our Staff
Why Choose Us
Testimonials
Contact Us
Community

A year of daily grief support

Our support in your time of need does not end after the funeral services.  Enter your email below to receive a grief support message from us each day for a year.  You can unsubscribe at any time.